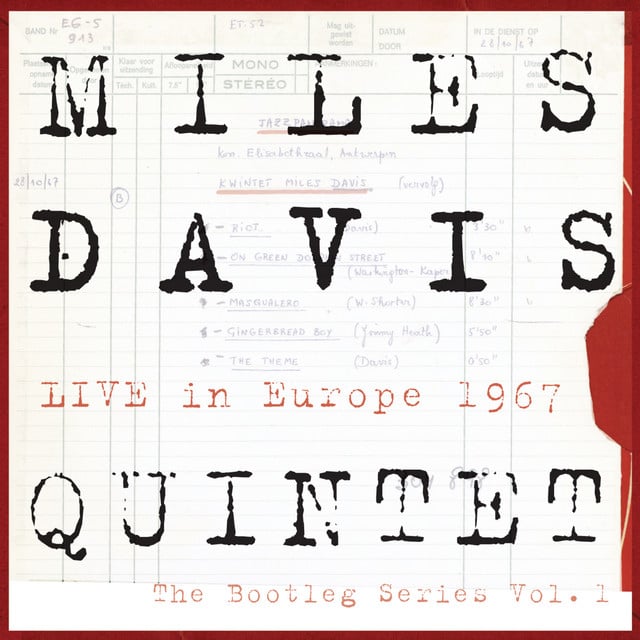 Miles’ Quintet lineup of 1965 to 1968 is acknowledged as one of the high reference points in 20th century jazz, and its influence continues to reverberate in small group jazz today. Their Columbia recordings represent a litany of jazz at its best – E.S.P. (1965), Miles Smiles (1966), Sorcerer (1967), Nefertiti (1967), Miles In the Sky (1968), and Filles De Kilimanjaro (1968). But it was the quintet’s live performances, as they evolved into Miles’ ideal of a “leaderless” jamming ensemble, that truly immortalized them.

Of the audio performances on CD, Belgium (an hour-plus set), Denmark and France are all full-length concert sets that are now seeing their first authorized release(s). Denmark is the rarest of the three, never released commercially (not even as a bootleg) so it is a particularly valuable 50 minutes of music.

The Paris concert is the longest of the shows in this collection, running 90 minutes across CD Two and CD Three. It includes the very rare versions of “Agitation” and “Footprints” which are not found on the unauthorized bootlegs that have circulated up until now.

The DVD contained in Live In Europe 1967 presents two concert sets by the Quintet, one from Stockholm on October 31st, and one from Karlsruhe, Germany on November 7th (although they are sequenced in reverse chronological order). This is the only known video documentation of the “second great Quintet” from the 1965 to 1968 period. The only previous authorized release of this video was as a bonus disc on the commemorative 70-CD + DVD Complete Miles Davis Columbia Album Collection, released in 2009 on Columbia/Legacy.

The enthusiastic reception for the Miles Davis Quintet is partly credited to George Wein’s belief that Europe could support a wide-ranging program of jazz festivals. Since the inception of Newport in 1954, Wein worked towards that goal in Europe, which took the better part of a decade to organize. These October-November 1967 festival dates were only the second or third season of Wein’s European programs.

(Sidebar: This was also the tour in which director Charlotte Zwerin shot the black-and-white footage of Monk that is seen in the documentary film completed 20 years later, Thelonious Monk: Straight, No Chaser. The Monk composition “’Round Midnight” – heard on all four discs of Live In Europe 1967 – was a Miles Davis performance staple since the early 1950s.)

Putting Live In Europe 1967 into historical perspective are the illuminating liner notes by Ashley Kahn, author of Kind of Blue: The Making of the Miles Davis Masterpiece (DaCapo Press, 2000). In addition to serving as a contributor to National Public Radio and teaching music history and journalism at New York University, Kahn is also the author of A Love Supreme: The Making of John Coltrane’s Masterpiece (Viking, 2002), and The House That Trane Built: The Story of Impulse Records (Norton, 2007).

As Kahn’s liner notes point out, the end of 1967 was a landmark moment for Miles Davis, as he was preparing to say goodbye to this Quintet lineup. They had started out three years before, playing the standards that Miles enjoyed, and many of those chestnuts could still be heard, such as “On Green Dolphin Street,” “I Fall In Love Too Easily,” “’Round Midnight” and “Walkin’.”

But as the sound structures of the Quintet opened up and were pulled apart, the musical forms were reinventing themselves on stage every night. This was reflected in the original compositions from their recent albums, which framed their sets, among them Miles’ “Agitation” (from E.S.P.), Wayne’s “Footprints” (from Miles Smiles) and “Masquelero” (from Sorcerer), and Herbie’s “Riot” (from Nefertiti). This was also the period (starting in 1967) when Miles began to play his sets as one long jam with very little beyond opening melodic statements separating one tune from the next. This lay the groundwork for the revolutionary and scene-changing music that he would produce over the next decade, until his retreat in 1975.

Everything was driven by the aggressive, iconoclastic style of drummer Tony Williams, probably the one most responsible for opening up Miles to the possibilities that lay beyond traditional jazz. It was a way of thinking that was also being explored at the time by John Coltrane, Ornette Coleman, and others. One thing is certain: the “second great Quintet” was the best and most satisfying band since the great Quintet lineup of the 1950s.

Another Stellar Review For ‘Live In Europe 1967: The Bootleg Series Vol. 1’

‘Live In Europe 1967: The Bootleg Series Vol. 1’ Gets Rave Review From Pitchfork 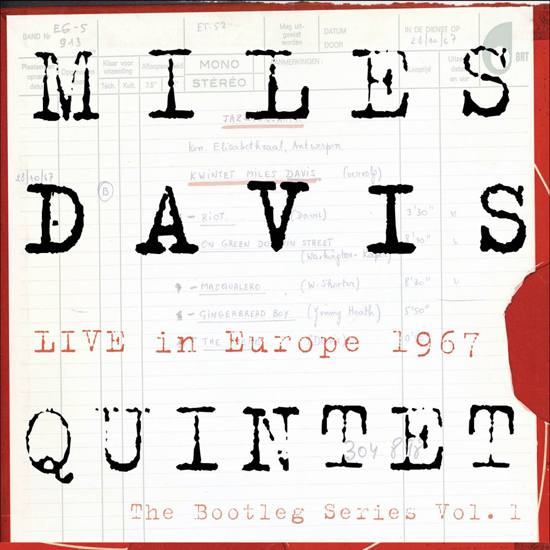 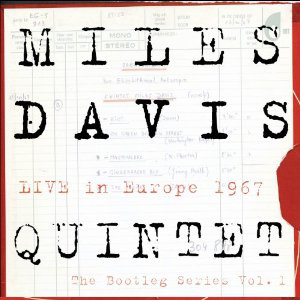 Miles Davis Quintet – Live In Europe 1967: The Bootleg Series Vol. 1
Back to music
Comments
Toggle Share
X
Save On Apple Music Save On Deezer Save On Spotify
X
X