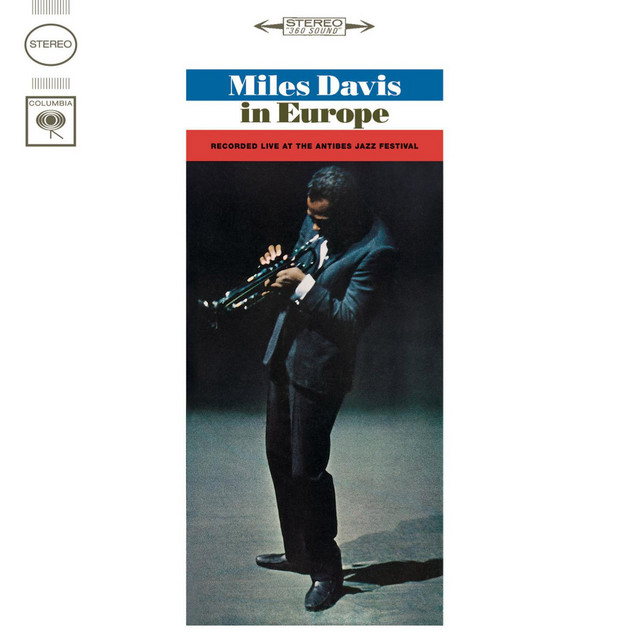 In Europe and Miles In Tokyo, recorded almost exactly a year apart, together serve three important purposes. The first is that they show Miles’ increasing star power at the time. Starting in Europe in 1960 on his last tour with John Coltrane, he had elevated himself from the jazz club circuit in the U.S. to the level of an international music star, performing in tailored tuxedos, selling out soft-seat theaters in the capitals of the Western Europe and even Japan. Had he desired, he could have simply stuck to his setlist, wardrobe or sound—as most musical legends have done and still do—not messing with a successful formula.

But that could not happen; Miles was committed to change. The second function served in comparing these two albums is that they chart his ongoing growth during a period often miscast as being devoid of musical progress. Compare “All of You” or “Walkin’” in 1963 to the version recorded in 1964, how the improvisational priority starts shifting to the granular aspect of the music, less about following and feeling the general form. How the energy becomes diverse in its emotional sweep. How the young rhythm section grows collectively, more precise and pliant and free; check Williams’ solos on “Walkin’” to hear his drum vocabulary expanding, and Hancock’s accompanying Miles, Coleman, and Rivers (especially Rivers).

Much of the change had to do with the differing saxophone voices—which leads to the third reason for pairing these two recordings. Each album stands as a stellar example of how two distinctive players—George Coleman and Sam Rivers—wove their respective approaches into the quintet’s sound, and how the freedom that came with playing with Miles affected each. During the LP era, In Europe, recorded in July 1963 at the Antibes jazz festival in France’s Côte d’Azur, offered the best look at Coleman’s muscular authority and spontaneity, his solos on the album’s extended tracks among the best of his career. In Tokyo captures the quintet in July 1964, Rivers aflame with a variety of textures and tones, juxtaposing economic lyricism with experimental garrulousness in a manner skin to what Coltrane himself had once done next to Miles.

We have Williams to thank for Miles’ decision to bring Rivers, even briefly, into the band; Rivers had served as a mentor to the drummer in his early teens in Boston. Wiliams’ role in the group’s sonic direction would only grow in the years to come.