Skip to content
Timeline
A life and career as significant as Miles Davis' warrants further exploration. Start your journey by clicking a year and scrolling right. Each period also includes an in-depth essay, revealed if you scroll down.
Kix Nightclub
Miles performs publicly for the first time since 1975 with his new band in the Boston nightclub Kix for four nights in what is essentially an open rehearsal for his grand debut at the Kool Jazz Festival in New York City in early July. The shows are sold-out and media frenzy begins. 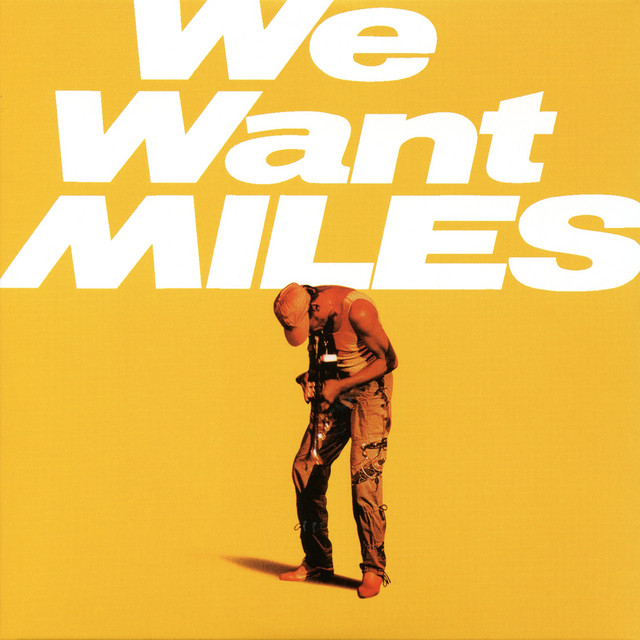 We Want Miles
After the procrastinations of The Man With The Horn, We Want Miles went smoothly. Miles was definit ...
Album Details 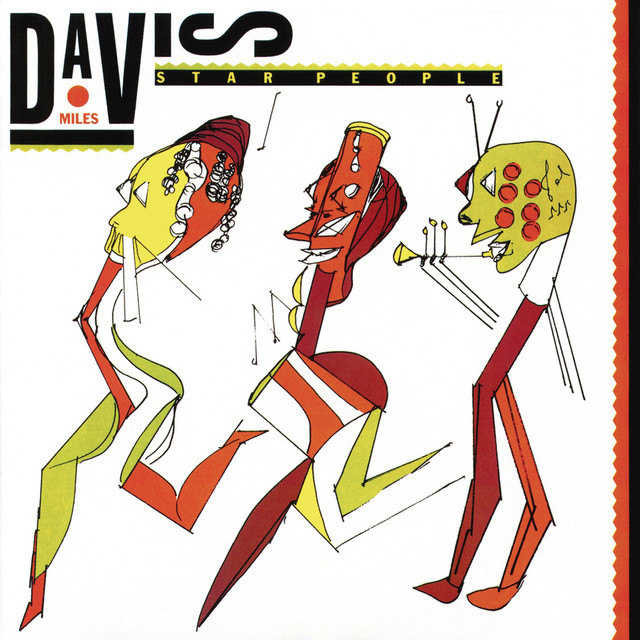 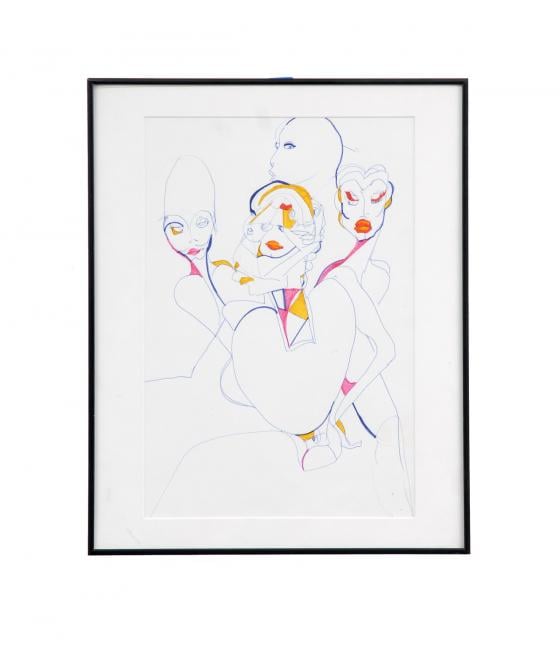 Visual Art
Miles starts sketching, inspired to do so by Cicely Tyson while recuperating from his stroke. Creating visual art—drawing and painting—will become a passion for the rest of his life, and a revenue source as well. 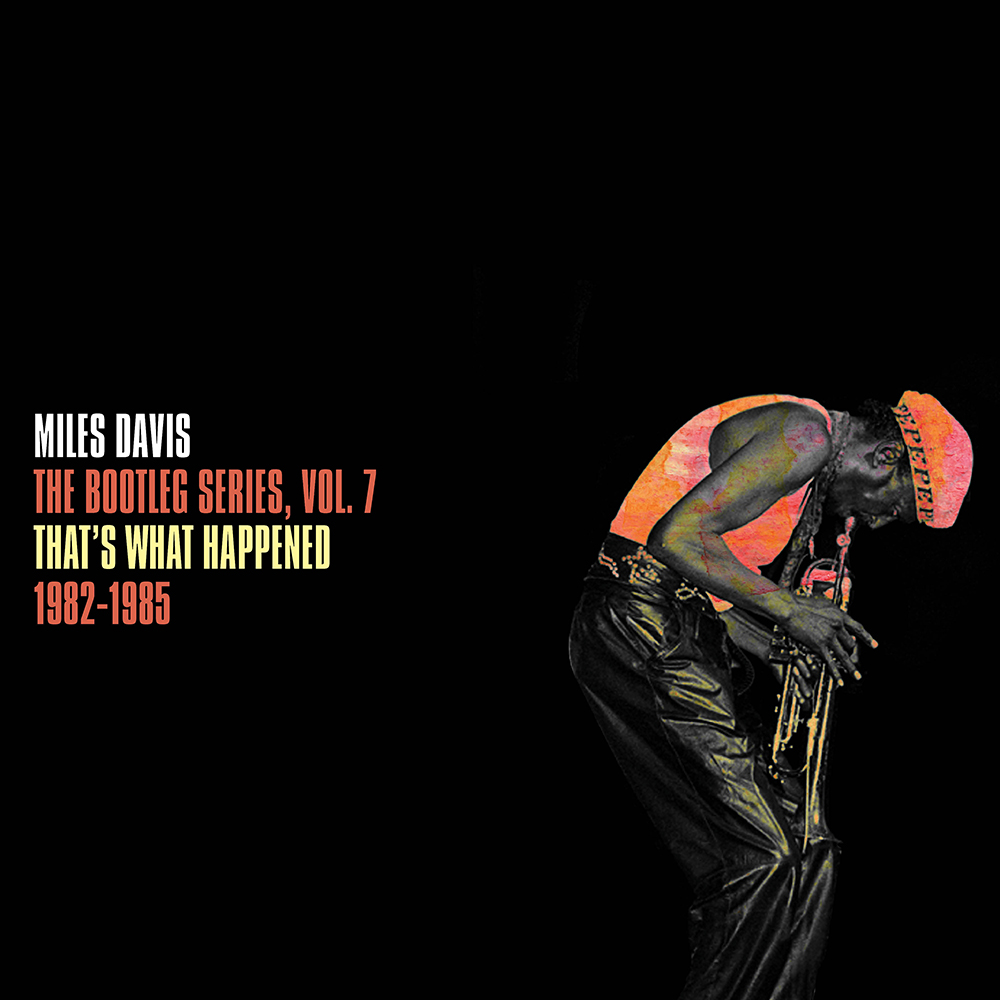 That’s What Happened 1982-1985: The Bootleg Series Vol. 7
Miles Davis - That's What Happened 1982-1985: The Bootleg Series Vol. 7 shines a fresh light o ...
Album Details
Sells House
Miles sells his townhouse on West 77th Street in order to raise money to pay back the Blank Brothers, a management agency he was briefly associated with. 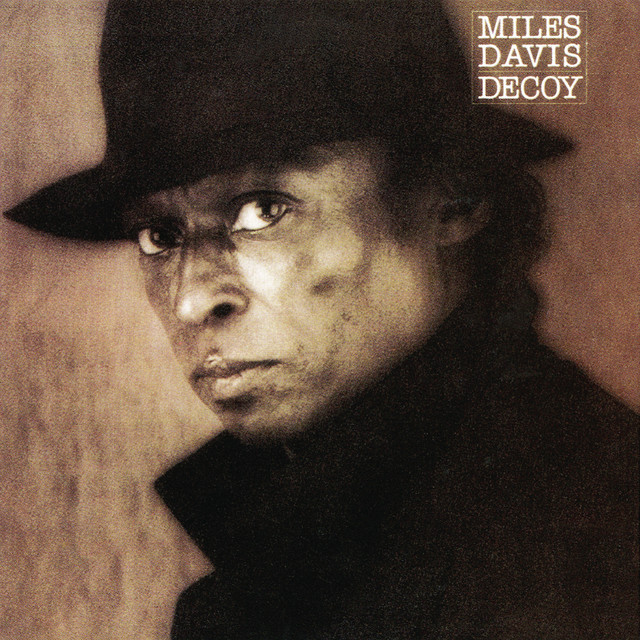 Decoy
Here again are the boys from Chicago who brought Miles back with The Man With The Horn. Robert Irvi ...
Album Details 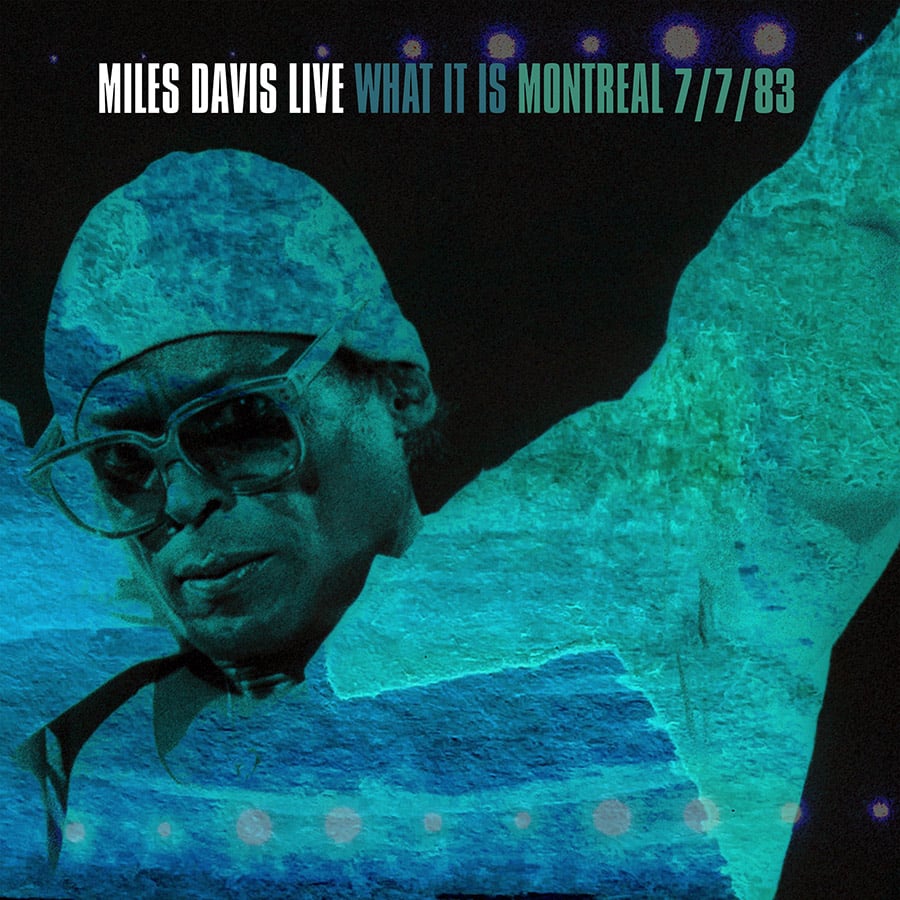 What It Is: Montreal 7/7/83
This double LP release features one of Miles Davis' final great bands including John Scofield on gu ...
Album Details
Miles Davis In Warsaw, Poland
A full set performance as part of the Jazz Jamboree Festival by Miles with John Scofield, electric g ...
Film Details
Miles Davis In West Berlin
A full set performance as part of the Jazzfest Berlin by Miles with John Scofield, electric guitar; ...
Film Details
Radio City Music Hall
Miles appears at a concert tribute in his honor, titled "Miles Ahead: A Tribute to an American Music Legend" at Radio City Music Hall. Quincy Jones conducts the Slide Hampton Big Band, doing Gil Evans arrangements, and a long list of former sidemen appear. Miles only performs a set with his current band, and at the end of the evening receives an honorary degree from Fisk University.
Honda Scooter
Miles appears in a TV Honda scooter advertisement, speaking the words: "I'll play it now and tell y ...
Film Details
New Ballads
Miles records a number of contemporary pop tunes with the intention of releasing an album focused on "new ballads"—the idea that great melodies happen in any era. Songs by Kenny Loggins, Tina Turner, Michael Jackson, Cyndi Lauper and Dionne Warwick are among those he records; Jackson's "Human Nature" and Lauper's "Time After Time" are the only ones relased. 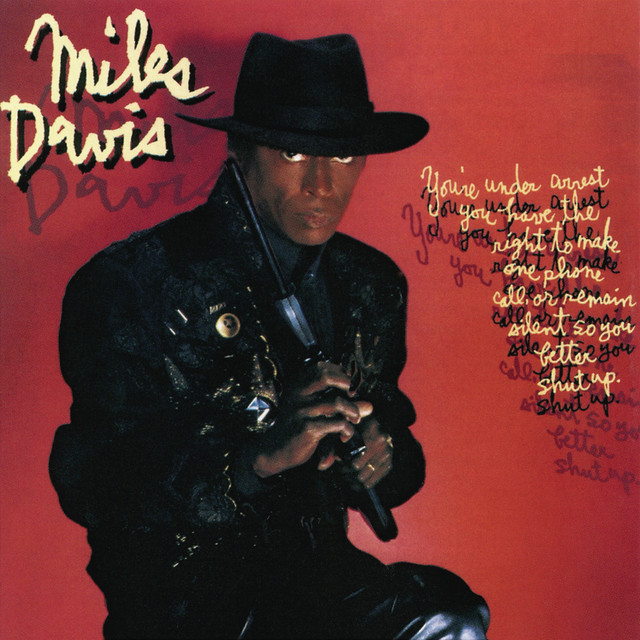 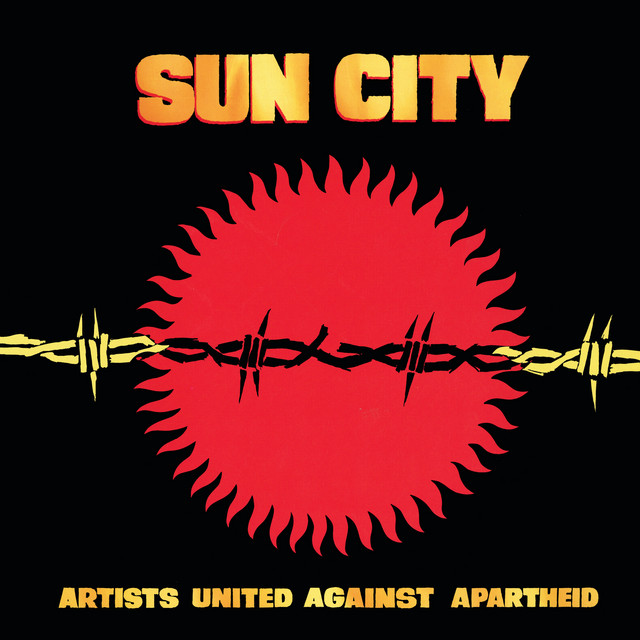 Sun City: Artists United Against Apartheid (Deluxe Edition)
Miles Davis made a guest appearance on two songs for this album -- "Let Me See Your I.D." and "The ...
Album Details
VAN Shōchū (Japan)
Miles appears in a TV advertisement for a new brand of shōchū—a strong, traditional Japanese li ...
Film Details 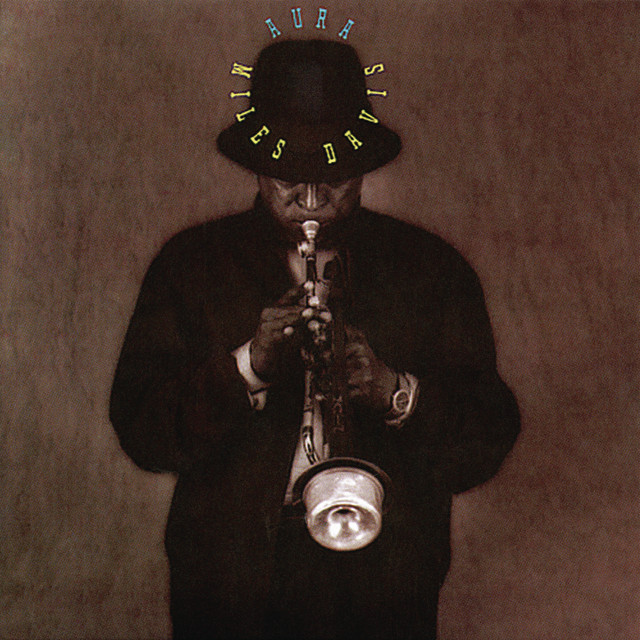 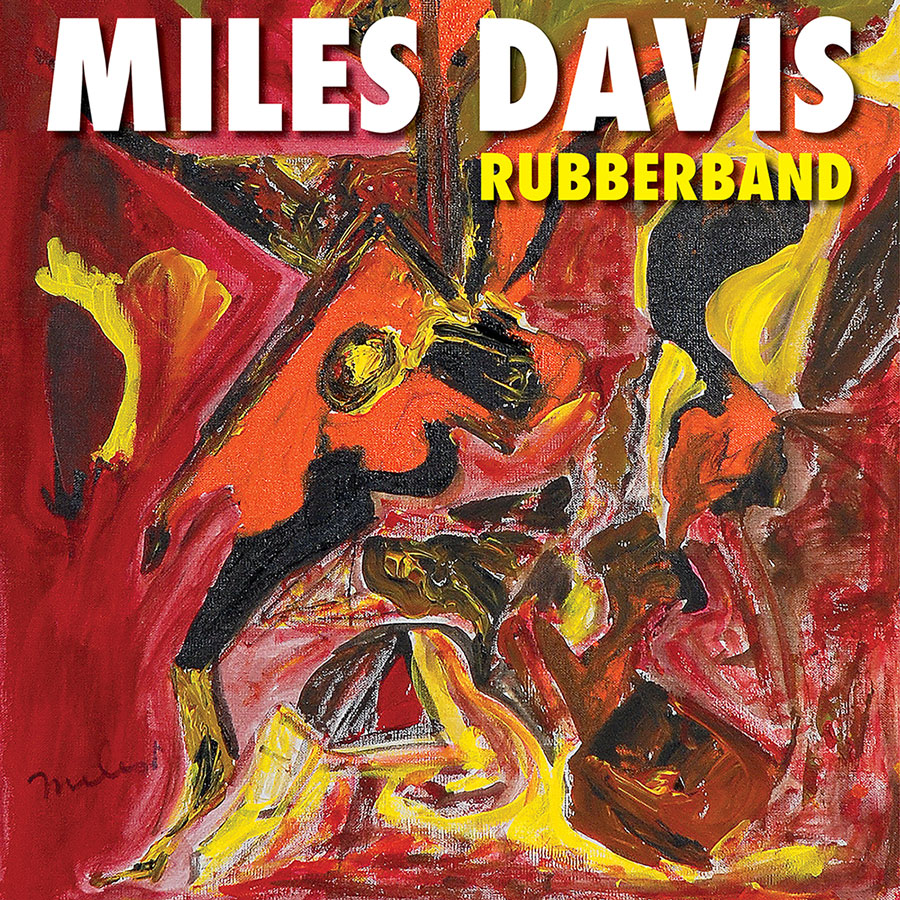 Rubberband
Rubberband is the lost Miles Davis album he recorded as soon as he signed to Warner Bros., after de ...
Album Details

In the film Miles Ahead, actor/director Don Cheadle’s portrayal of Miles Davis from 2016, Miles is isolated in his townhouse sometime in the late 1970s, off the scene and not making music for the first time in his adult life. He looks over his shoulder at his trumpet, standing untouched on a table. “What?” he asks it.

It’s a complete and telling comment on the extreme seclusion and music avoidance Miles went through starting at the end of 1975. He was tired and sick and turned his back on the most important thing in his life. In the five-year period of seclusion that ensued, he struggled with personal demons and health issues, bouncing between bouts of self-abuse and boredom. Miles’ absence only amplified the appetite for his comeback. No amount of cajoling or offers of help or profit could move him to return. Finally, in 1981, he began to re-emerge, tentatively at first, and then with the intention to assemble a group and get back into the studio and on the road.

When Miles reappeared in 1981, expectation had reached fever pitch. He was still signed to Columbia and his five final albums for the label reflected his continuing fascination with current flavors of funk (Rose Royce, Cameo, Chaka Khan and later, Prince) and electronics (synthesizers and drum machines), and his enduring ardor for the electric guitar. He continued to work with producer Teo Macero and still surrounded himself with increasingly younger talent including saxophonists Bill Evans and Branford Marsalis, guitarists Mike Stern and John Scofield, various keyboard players and programmers, bassists Darryl Jones and Marcus Miller, drummers Al Foster and his own nephew Vince Wilburn, Jr.

The 1980s were a funny time: innovative in many ways, yet many of the innovations—technical and stylistic—had a habit of making too much music sound alike, and many jazz musicians succumbed to the situation. Miles participated in many of the same things but rose above them—still too individual and inspired to be anything less than a breath of fresh air when things got stale.