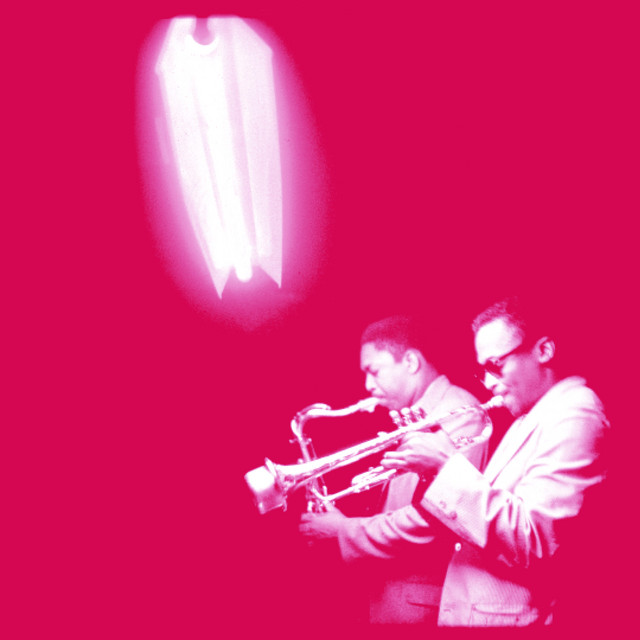 Between 1955 and 1959, with occasional changes in personnel, trumpeter Miles Davis led a simply extraordinary small band that changed the course of jazz. This quintet/sextet primarily spotlighted tenor saxophonist John Coltrane but also included such greats as alto saxophonist Cannonball Adderley; pianists Red Garland, Bill Evans, and Wynton Kelly; bassist Paul Chambers; and drummers Philly Joe Jones and Jimmy Cobb. The Complete Miles Davis Featuring John Coltrane comprises such fabled Davis albums as ‘Round About Midnight, Milestones, Jazz at the Plaza, Someday My Prince Will Come, and the legendary Kind of Blue. Also included are the Davis-with-Coltrane selections that appeared on Miles and Monk at Newport, Jazz Track, Basic Miles, and Circle in the Round. The set includes 18 previously unreleased tracks–14 of them complete takes.

This is sumptuous, vital music that’s alternately exhilarating and emotive, rhythmically dynamic and smoothly flowing, complex and easy on the ear. It’s music that defies classification. It’s neither bebop nor hard bop yet has elements of both and remains contemporary to this day, as evidenced by such timeless numbers as “All Blues” and “So What.”

From the opening “Two Bass Hit” on Disc One to the final “Straight, No Chaser” on Disc Six, we hear the dazzling contrast of two preeminent jazz stylists: Davis’ singing, luminescent tone and lyrical, often laid-back yet surely swinging improvisations and Coltrane’s zealous-toned, bursting-forth solos. Adding additional color and interest are the bebop-based piano work of Garland, the harmonically advanced offerings of pianist Evans, the rich, serpentine lines of alto saxophonist Adderley, the crisp-then-thumping beats from drummers Jones and Cobb, and the globular, hearty tones of Chambers’ bass.

The numbers represent a minihistory of modern jazz. There are bebop tunes such as “Budo,” “Two Bass Hit,” and “Au-Leu-Cha,” all given updated and unique airings. There are classic standards such as “All of You,” “Stella by Starlight,” “Green Dolphin Street, ” “Sweet Sue,” and “Bye Bye Blackbird,” most of which were rediscovered after Davis recorded them. There are ace tunes by such Davis contemporaries as Thelonious Monk (“‘Round About Midnight,” “Straight, No Chaser”) and Jackie McLean (“Little Melonae”) that are heard fresh as arranged by the trumpeter. Finally, there are the Davis originals, pieces such as “Milestones” and “All Blues,” which are now part of the jazz canon. Each of these numbers is given the kind of insistent, spirited, and deeply musical interpretation that warrants repeated listening.

Rounding out the topnotch package are essays by original producer George Avakian and Kind of Blue drummer Cobb, an insightful track-by-track overview by noted critic Bob Blumenthal, and the original liner notes to Kind of Blue by pianist Evans.