Skip to content
My Funny Valentine
Miles Davis In Concert 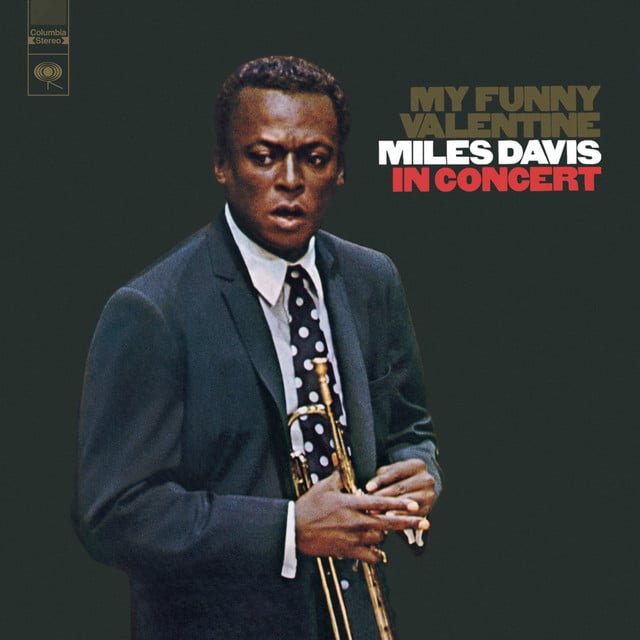 As successful as Miles’ Carnegie Hall concert had been in 1961, it was inevitable he would soon revisit the same setup: headline a venue of similar stature, sponsored by a worthy activist group, and record the performance for release. On February 12, 1964, he did exactly that at New York’s Philharmonic Hall, then just two years old and Valentine’s Day two days away. The concert was a benefit for not one, but three African-American NAACP, the Congress of Racial Equality and the Student Nonviolent Coordinating Committee.

As rushed as Columbia Records was in 1961—Miles had initially resisted the idea of taping that concert—three years later all was ready and in line. The resulting recording impressed the label and included so much material that they released it as two separate LPs, dividing the material energy-wise.

My Funny Valentine was the ballads album—delicacy and down-tempo energy. “Four” & More held the high-energy burners, the power and propulsion. (Reissues in the CD era brought the music together in their original sequence.) Both were immediate critical successes. “Lickety split. Zippity do-dah. Burn, baby, burn,” was one historian’s description of the breath-catching hurtle of tunes like “Walkin,’” “Four,” and “So What.” “Profoundly felt emotion with the minimum of fuss and the maximum of restraint,” is how another wrote of “”All of You,” “All Blues,” and the love song Miles had been shaping and revisiting since the early 1950s: “My Funny Valentine.”

Simply put, the pair are a high-water mark on multiple levels: arguably Miles’ top live recording from the early 1960s—technically, musically, and historically. The recording captured the evening’s excitement in feel and sound; audience applause is thunderous. Miles’ most consistent group of that period were nearing their first anniversary together, road-honed and at a collective peak. Each added their part to an amazing whole: Herbie Hancock’s tune-defining piano intros, as on “My Funny Valentine.” George Coleman putting meat to the melodies on tenor, surfing the shifting rhythms he heard behind him—Latin, double-time, ballad. Ron Carter, his warm, legato bass sound, provided rhythmic punch and steadiness in support; check him behind Coleman’s on “I Thought About You.” And Williams drum surprises: like laying out on “Stella By Starlight,” then coming in with a yelp of excitement. Miles’ trumpet sound had never been more wide-ranging in character—powerful and brash at the opening of solos, hushed and unrushed playing his favorite melodies that leaned on his way of expressing vulnerability.

In his autobiography Miles recalled the night as much for the music as for the pre-show argument that erupted backstage when the band learned Miles had decided they were all donating their fee to the cause, without being asked. The news of no pay caused a collective and discernible outrage. “I think the anger created a fire, a tension that got into everybody’s playing, and maybe that’s one of the reasons everybody played with such intensity.”