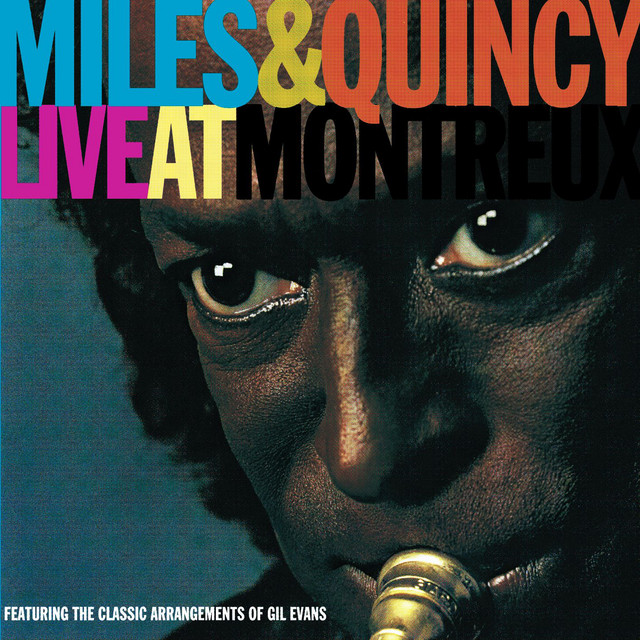 “No” was Miles one-word reply to producer Quincy Jones’ repeated entreaties to perform at an evening celebrating the music of his famous collaborations with Gil Evans, from the Birth of the Cool sessions in 1949 and 1951, through the Sketches of Spain album in 1960. “He made a declaration that he wouldn’t go back and do anything he’d done before, which left out these beautiful masterpieces he’d done with Gil,” Jones told The New York Times. “I first asked him fifteen years ago and I just kept bugging him about it.”

In 1991 Jones’ persistence paid off. Hired that summer to serve as musical director for the Montreux Jazz Festival, Jones convinced Miles to come to Switzerland, play the old charts Evans’ widow had found and that arranger Gil Goldstein would refit. A few special friends would play as well, like saxophonist Kenny Garrett and trumpeter Wallace Roney.

Miles had become a mentor to Roney, telling the trumpeter another reason he agreed to the Montreux concert: “Wally, you know why I’m doing this? Because I looked in the mirror one day and I saw Gil in there. He said, ‘You know you gotta do this,’ and I said, ‘Oh man, this shit is hard.’ He said, ‘I know, but you know you gotta do it again.’”

Miles’ deteriorating health in the spring of 1991 was increasingly apparent to all around him. “Some things Miles didn’t feel he could handle, he let Wally play,” Quincy Jones remembers. “But when it got close to the performance, Miles wanted to play more. He’d put up his hand when he wanted to play. By concert performance time, his hand was always up.”

The concert was referred to simply as “The Event,” such was the universal buzz surrounding it. In the Casino Barrière de Montreux, the festival’s primary venue, a packed audience knew they were witnessing history, and so did Claude Nobs, the festival producer, and Warner Music. The performances were recorded in both audio and video formats for later release.

The music from that evening reveals a slightly weaker Miles, yet still playing with piercing emotion—check out the kickoff to his second solo on “Boplicity,” or his tender vulnerability on “Pan Piper.” He is supported by sympathetic arrangements as he re-encounters old friends like “The Duke,” “My Ship,” “Summertime” and “Solea.” He weaves in and out of the music at will, often handing off an improvisation to Garret or Jones, or both—as on “Orgone” (Evans’ own reworking of his tune “Gone”).

“It was as though he was facing his own shadow of youth on that stage, and facing his own brilliance,” Jones says. “After the concert, he was just smiling and waving his towel at the audience, which is not his style at all. He said, ‘Let’s take this all over the world.’ He was so happy. Nobody had any idea he had only two months to live.”