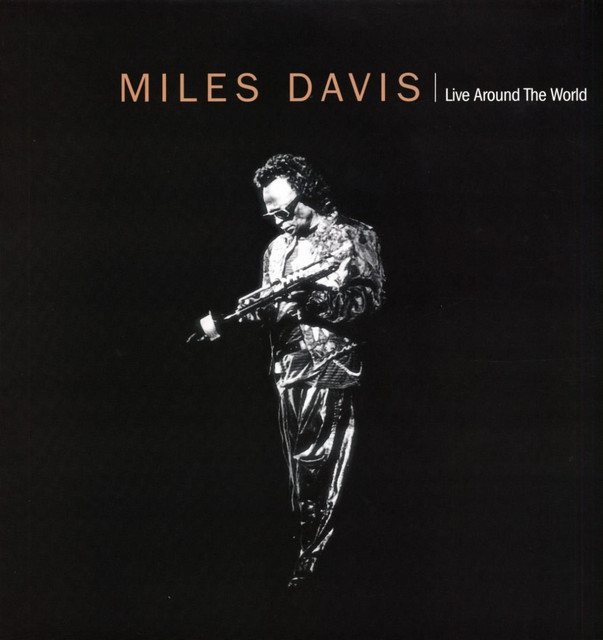 “Miles looked at recording and live playing as two different entities. From what I gathered, one was a sort of a blueprint and the other was, ‘Now, Let’s step the shit up since it’s Go Time!’”

So says Joseph “Foley” McCreary, “lead bassist” in Miles’ last touring ensemble, and as it had been with many of his groups, Miles’ music changed according to the individual imagination and youthful talent of his new arrivals. Besides Foley, known for fluid, lyrical lines played with a decidedly distorted tone, primary among the catalysts in Miles’ road band from 1987 to 1991 were: drummer Rickey Wellman, credited with helping to invent the then-popular go-go beat, and Kenny Garrett, with a marked sensitivity and virtuosic ability on alto saxophone and flute.

Live Around The World is comprised of 11 tracks taken from his final four years on the road, when Miles was accompanied by a rotating group of eight to 10 musicians. He switched out players depending on availability and his own whim, sometimes adding another horn player (often Rick Margitza on tenor sax), and normally featuring no less than: three keyboard or synthesizer players (Adam Holzman, Joey DeFrancesco, and musical director Robert Irving III, later replaced by Kei Akagi); two percussionists (Marilyn Mazur, Mino Cinelu, Munyungo Jackson or Steve Thornton) or three when Miles’ son Erin joined for one tour; and one or two bassists (Benny Rietveld, Richard Patterson) besides Foley, who served as another soloist, playing lead guitar lines on an electric bass he tuned an octave higher than normal. It was an eclectic bunch, widely disparate in experience and focus. Had it not been for Miles, few of them would have found their way to playing together.

Yet, on a nightly basis, Miles managed to pull singular music together from the diversity. He would appear minutes before the start of each gig, count off the opening number, and offer the occasional nod or pointed finger to cue a solo; a few notes on the trumpet might hint at the next melody. Though Miles had tunes with which he liked to open and close, and other set-list regulars like “New Blues” and “Tutu,” he cultivated at atmosphere of flexibility. The trick was to keep up with Miles, and find something new to play, as Foley recalls.

“We didn’t rehearse and Miles never auditioned anyone, from what I saw anyway, so the stage was where shit really took place. I was just glad to be up there and scared to death all at once.”

To be sure, the 1980s were not the 1970s; Miles was no longer playing a series of hushed medleys or uninterrupted suites of melodies as he had in past years. Often, he performed as part of huge stadium shows that included pop and rock acts on the bill like Sting and Phil Collins, or he would headline well-attended jazz festivals in large outdoor arenas. He was hip to the need to focus the music and amplify the performance in such venues. His set list featured separate tunes that ended before the next began, allowing for applause at the end of each. He used a clip-on microphone and freely stalked the stage, back and forth, visiting different sidemen, often throwing phrases back and forth.

And no longer was Miles the silent, brooding presence onstage with his back to the audience. At times, he would whisper into his trumpet mic, joking with the audience (check out the end of “Human Nature”) or identifying the most recent soloist. After awhile, he adopted the idea of holding up cue cards with the musician’s name on it, adding more fun and theatricality to his shows than ever before.

True to its title, the tracks on Live Around the World were cherry-picked from concert recordings in the U.S., Europe and Japan, and sequenced to reflect a typical evening’s set. It was released in 1996, five years after Miles’ death, a reminder of the talented group he had assembled and the thrill they delivered each time they hit the stage. 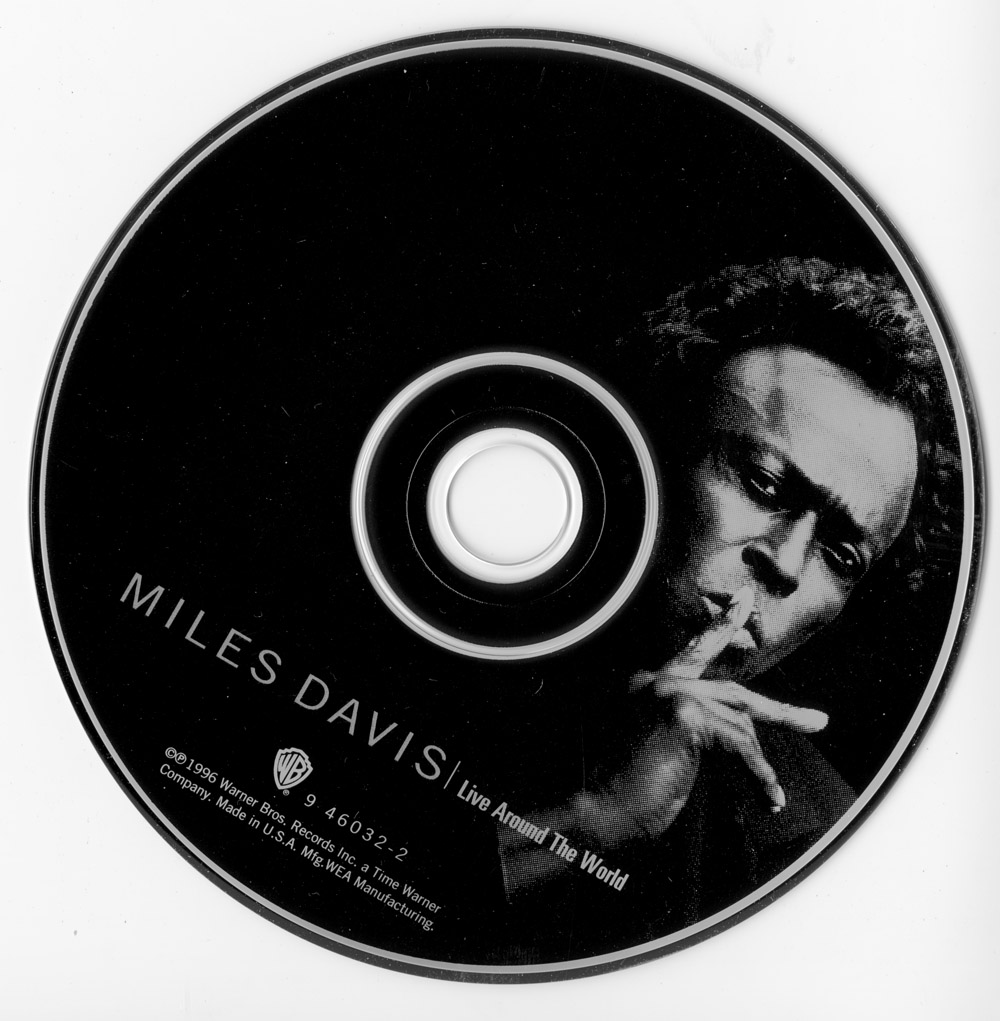