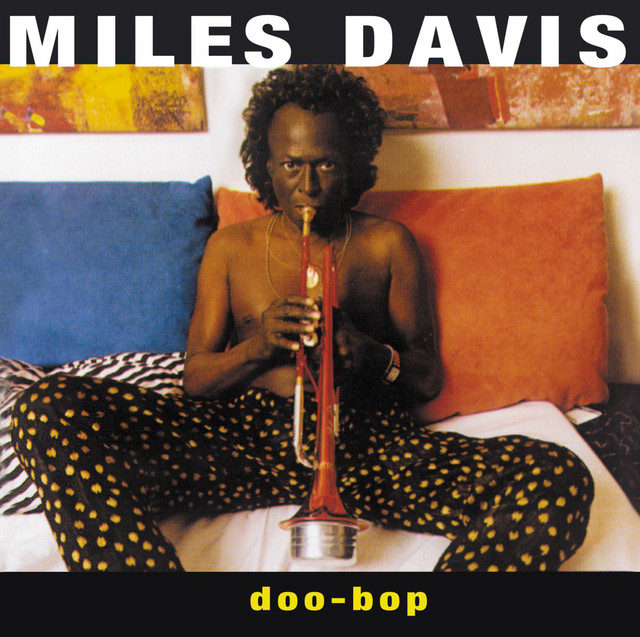 Miles’ death on September 28, 1991 came after nearly a month in a coma, a month after his last public appearance at the Hollywood Bowl in Los Angeles. The impact on the world was immediate and reached far beyond the circle of jazz. He left behind stunned friends and fans—as well as a partially finished album in the hands of a hip-hop producer named Easy Mo Bee.

“We got six songs done and I was working on them when I got the call from [Miles’ road manager and producer] Gordon Meltzer. I was like, ‘Ohhh man.’ I was thinking that he would bounce back from it. Miles seemed like a strong guy.”

Doo-Bop, the album that Easy Mo Bee would complete, adding two more tracks that used trumpet parts from the 1985 Rubber Band sessions, became Miles’ first posthumous release in 1992. It initially was intended to be a double album exploring the full breadth of Miles’ funk and hip-hop infatuations: one disc fulfilling the long-standing promise of a collaboration with Prince; the second featuring co-productions with John Bigham, Sid Reynolds, Easy Mo Bee, and perhaps others.

Born Osten Harvey, Jr., Mo Bee was establishing himself in 1991, having produced breakout hits for rappers Big Daddy Kane and The Genius (aka GZA of Wu-Tang Clan). His first meeting with the trumpeter took place that spring in Miles’ Manhattan apartment at an audition alongside a half-dozen hip-hop producers. Mo Bee credits a perfectionist streak for helping him beat the competition.

“I’m a guy with an SP-1200 sampling drum machine and an Akai S950 rack sampler. What I do is I call it creative sampling, not just plain looping like a lot of people do. I get really, really intense with my sampling. It has a lot to do with harmonics and everything has to be in tune.”

Miles wasted no time kicking off their collaboration.

“I started playing the cassettes of my mixes I had brought and that’s when all of the magic happened. I played the track that ended up becoming ‘The Doo-Bop Song,’ and he was like, ‘Man, that’s me. I want that.’ He heard a track I had been working on for The Genius, and he asked, ‘You could do that for me? That, right there?’ I said, ‘Yeah, Miles, yeah.’ All that came to my mind was that OK, he likes the funk in it. So I said to myself, who stands for the funk? No better than James Brown. So we ended up clearing ‘Give It Up, Or Turnit A Loose’ for ‘Blow.’”

“The Doo-Bop Song” and “Blow” joined four other tunes—“Mystery” (the album’s “acid-jazz track” according to Mo Bee); “Chocolate Chip” (which used a sample from the 1970s soul/funk group Pleasure); “Sonya”; “Duke Booty”—on which Miles layered his trumpet over Mo Bee’s beats, samples and on two tracks, rapping as well. One thing he decided to avoid was the then-popular use of vinyl noise.

“In 1991, it was the cool thing for a producer to sample an old record and keep the crackle and pops. I remember I wanted everything to be really tight and clean sounding, and not all programmed. I programmed drum sequences but other things like the bass-line or maybe the high hat, I left with a loose, real time feel so the track could feel a little fluid, you know?”

As their sessions were winding down, Mo Bee was surprised by an invitation to join Miles’ touring band after they finished the album: “He pointed to the sampler and said, ‘Yeah, your machine, you bring it, come with me.’” Miles departed for a summer of concerts that included a gala reunion in Paris’ Parc de la Villette that featured Wayne Shorter, Herbie Hancock, Chick Corea,  Joe Zawinul,  John McLaughlin, and other former and current bandmembers, followed by the Gil Evans retrospective in Montreux.

“Then in September 1991,” as Doo-Bop’s liner notes later explained, “Miles went into the hospital. ‘For a tune up,’ he said; ‘just routine, nothing major. I’ll be right back.’” 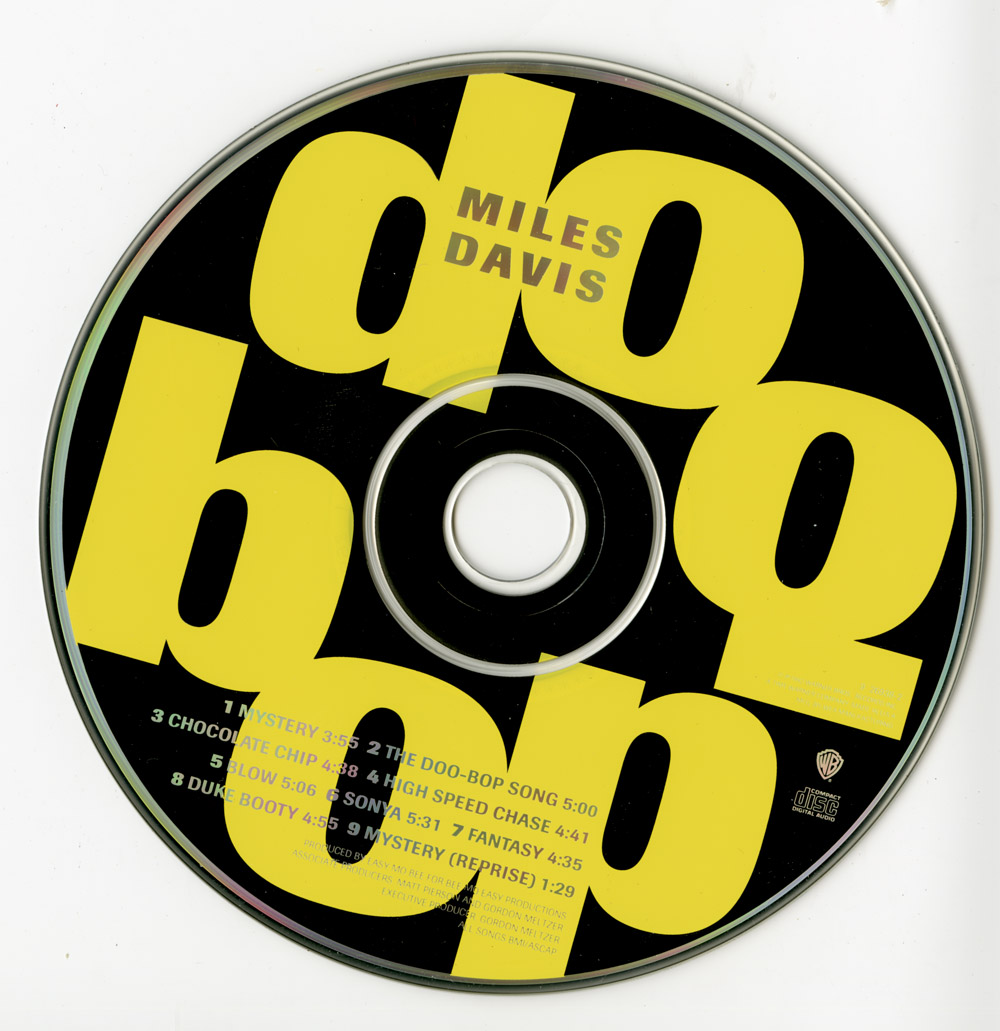 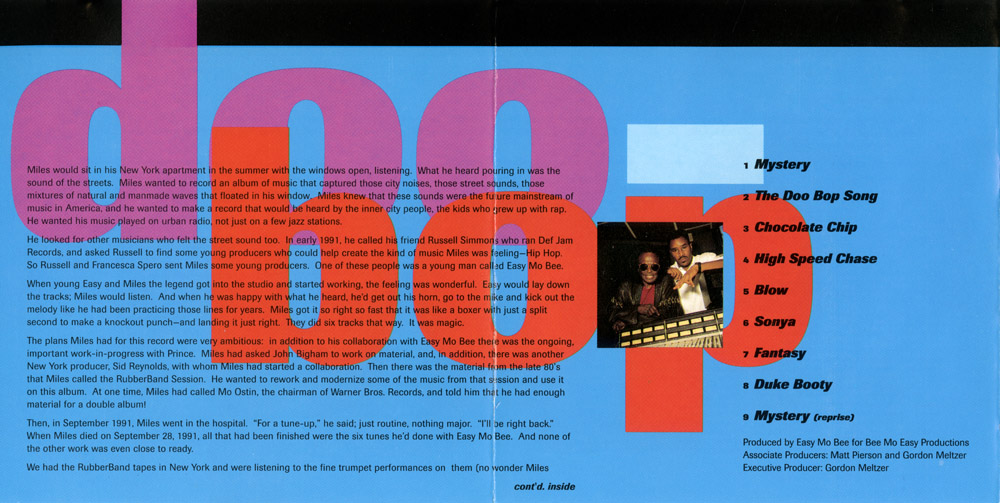