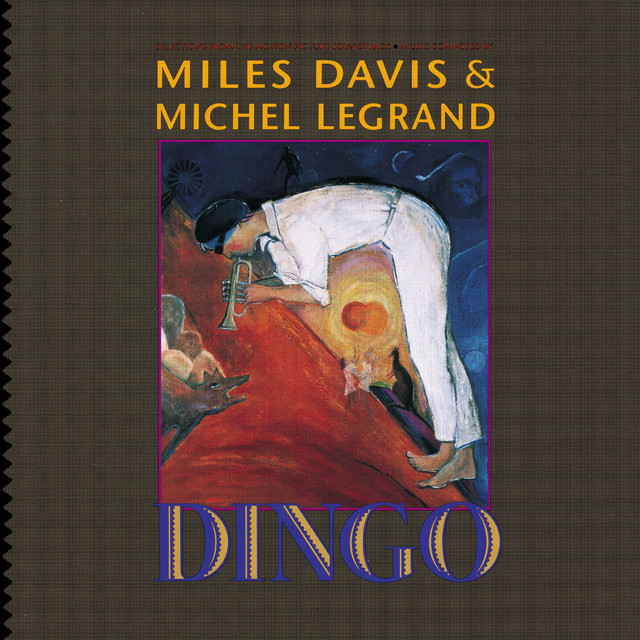 Talk about typecasting: asking Miles to star in a film about a fictional jazz trumpeter who drops down onto an airfield in the Australian outback and performs with his band right there on the tarmac. Twenty years later, a boy who caught that impromptu performance has become a trumpeter, playing in juke joints that prefer loud, honky-tonk music. Leaving his hardscrabble life behind, he journeys to Paris to find Cross. They meet and jam, the crowd roars, credits roll.

Dingo was the film in which Miles chose to play himself. He had taken on small acting parts before—a pimp on the TV show Miami Vice and a street musician in the movie Scrooged—but this was his first major role. And he agreed to supply the music for the film as well.

The Dingo soundtrack was completed before filming started. Miles called an old friend, the veteran French composer Michel Legrand to help out. They had last worked together in 1958, resulting in the album Legrand Jazz. In 1990, the big question was if Miles would be willing to be true to the storyline: playing jazz in both a traditional and more contemporary approach. As Legrand recalled, “I asked him that on the first day, out at his Malibu home. He said, ‘That’s no problem, because the story begins a long time ago and I’ll do what the script calls for…so he’d play a phrase and put it on paper…He was in great shape. Even if it was a very bright tempo, he played everything with such love.”

The music backs up Legrand’s words. “Concert On The Runway” swings with a hard-bop rhythmic stamp and a theme akin to “Milestones” from 1958. Many of the tracks sparkle with the combined lyricism of the two masters whether uptempo or down: listen to “Trumpet Cleaning” and “The Dream.” “The Jam Session” is the funky payoff to the film, the live atmosphere and sudden re-appearance of Cross’ trumpet adding to its climactic feel.

Dingo suffered from poor reviews and poorer box office. Looking back, one can surmise as to the reasons why Miles chose to involve himself with the film: perhaps the idea hit close to home of a youngster bitten by the music bug, searching for his hero—as Miles had done in 1944 when he arrived in New York City looking for Charlie Parker. Or perhaps the notion of Cross laying aside his trumpet then being re-inspired to pick it up again—as Miles had in 1981. Whatever the motivation, Miles played Cross to type—sullen, reclusive, tight-lipped—and Dingo featured the only big-screen role of his career.