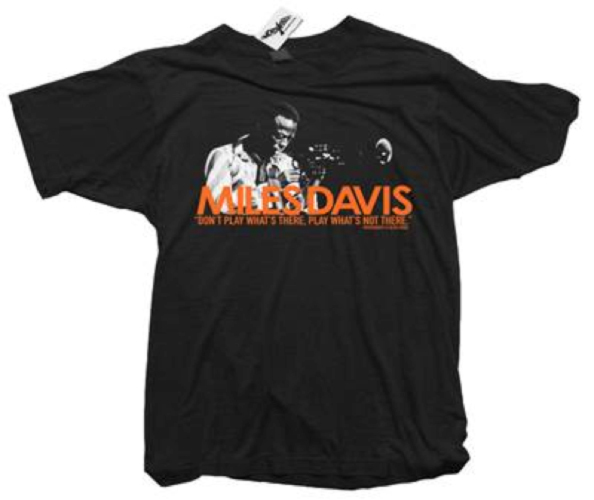 (Los Angeles, CA) – Los Angeles based apparel company Worn Free, known for its vintage original tees worn by numerous influencers, proudly announces the launch of its new Miles Davis t-shirt line, featuring eight unique designs, in celebration of the music icon’s timeless legacy. The Miles Davis line was designed to reflect the pure class and sophistication of the man who changed the course of music five times, and who stood at the forefront of music for decades. Long noted for his restless artistic aesthetic, Davis continues to be a major trendsetter and influencer, fashion icon and globally recognized artist. The line is priced at $45 – $50 and is available exclusively at www.wornfree.com.

“As a huge fan of Miles Davis personally this is one of the rewarding projects that I have created for Worn Free,” says Worn Free’s Steven Coe. “Miles’s family have truly been a joy to work with and have given me a lot of creative freedom and encouragement throughout this process. Miles is such an inspiration that the hardest thing has been narrowing down the designs, we have some great shirts in this first offering and many more exciting surprises to come.”

Davis was a timeless genius and a relentless explorer, which made him a hero to many. His landmark album Kind Of Blue is still the best-selling jazz record of all time. His record-breaking U.S. Postage stamp has sold more than 23 million stamps to date. He was also honored with a New York city Street re-naming of West 77th Street to “Miles Davis Way,” to honor his former place of residency.

The Miles Davis style continues to inspire a wide, cross section of musicians worldwide, along with his pioneering sounds, which have influenced numerous multi-genre artists. He remains the only so-called jazz artist ever to be inducted into the Rock & Roll Hall of Fame.

Worn Free is honored to ensure that the spirit of Miles Davis continues to live on for generations to come. Early promo tees have been snapped up by music icons such as Ronnie Wood and Bobby Gillespie (Primal Scream), among others.

Worn Free is the only apparel brand acclaimed for its fully licensed reproductions of vintage original tees worn by some of pop culture’s most revered icons. Founded in 2005 by Steve Coe, Worn Free is known for bringing cool to the masses with quality and style. Johnny Depp, Ben Affleck, Will Smith, Jennifer Aniston, Jessica Biel, Halle Berry and Robert Downey, Jr., are among the industry influencers who regularly wear the brand.