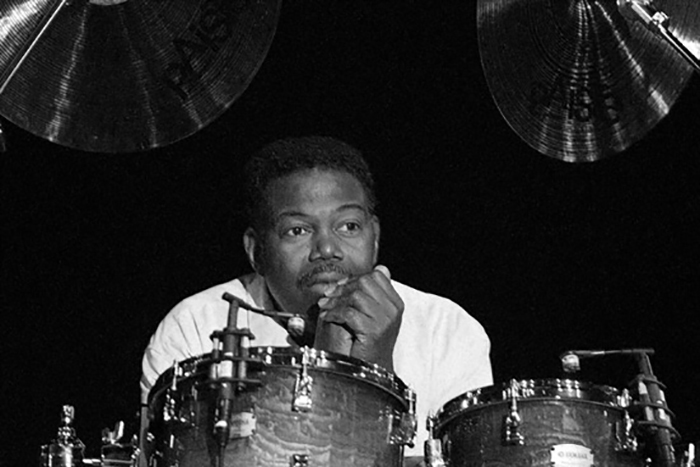 Chancler Was The Drummer On Michael Jackson’s Hit “Billie Jean”

(Los Angeles, CA) – Highly prolific drummer/musician Ndugu Chancler lost his battle to prostate cancer on Saturday, February 3, surrounded by family and friends, it was announced by Rashon Chancler, his only son.

Chancler, who was the drummer on Michael Jackson’s hit “Billie Jean,” and who performed alongside Miles Davis, Frank Sinatra, Santana, Hugh Masekela, and Weather Report, among numerous others, was also a USC professor who created the popular drum set curriculum for the universities’ music program. An extremely talented and thoughtful orator, Chancler received a standing ovation as moderator of the Miles Ahead panel at the Pan African Film Festival in 2016.

Comments Rashon Chancler: “It is with great sadness that I announce the passing of my father Ndugu Chancler. As most know I am his only child. However, as the sharing, caring person that he is, he took in many kids and individuals, and treated them as if they were his own. He sponsored and funded kids for percussion and education trips, offering his own home. Through his humanitarian nature, I have gained many non-blood relatives who I consider family. Although he was a well traveled, working musician, he put family first and instilled God, life values and humility in me that I will always hold dear. There was so much more I wanted to learn from him, however he was called upon for a higher purpose. It is hard to mourn the loss of my father, who was also my close friend. But I know his spirit will always be with us, to remind us of the positive impact he had on the world. I want to thank everyone for their support and well wishes.”

Chancler, who quietly battled cancer since his diagnosis in 2003, had been in remission for several years.

Throughout his lengthy career, Chancler has performed, recorded and collaborated with a multitude of artists in various genres from Eric Clapton to James Brown. Additionally, he played on high profile movie soundtracks including “An Officer And A Gentleman,” “Indecent Proposal” and “The Color Purple.”

Chancler played on Michael Jackson’s “Bad” in addition to “Thriller” – the best-selling album of all time, receiving accolades for his work on “Billie Jean.” In an Instagram tribute, Questlove pays homage to his simple genius:

“In my opinion, the ‘Billie Jean’ intro is the greatest example of something so simple that you take it for granted. But if you truly dissect it. It’s a complex compelling performance. The tone is spot on. Enough snap on the snare but not too thin that it enters Ska/James Brown crack snare territory.

“[The performance] literally gives MJ his DNA. You know what it is ONE SECOND in. Its creator, Jazz/funk great#NduguChancler (mind you on a GAZILLION other hit songs) passed away today. Giving all due respect and praise to the drummer that sparked a revolution of dance madness breakbeat mania.”

Miles Electric Band drummer/band leader Vince Wilburn, Jr. says: “I was blessed to have Ndugu Chancler in my life. I refer to him as The Godfather. He took me under his wing and taught me valuable music and life lessons. I will forever miss our early morning calls. Peaceful journey, Du.”

Drummer/producer Lenny White says: “I met Ndugu ‘Leon’ Chancler when he was 17. I spoke at the high school he and Patrice Rushen attended. I knew then, he was a young man destined for great things. This proved to be true, as he became an important music and education icon. Ndugu, we will all miss you, but you left us a legacy that will live forever.”

As a songwriter, he co-wrote hits for Santana including “Dance Sister Dance”; “Reach For It” for George Duke and “Let It Whip” for the Dazz Band, for which he received a Grammy nomination.

Chancler was an active music educator, having taught at the Stanford Jazz Workshop, the Young Musicians Program at Cal Berkeley, the Jazz Mentorship Program in Los Angeles, and clinics worldwide for Yamaha, Paiste, Remo, Toca, Vic Firth and Shure Bros.

The Los Angeles native was born in Shreveport, LA and moved to Watts, CA at age 8. He is survived by his son Rashon, and his common law wife, Brenda Curry. A memorial service update will be announced at Nduguchancler.com.