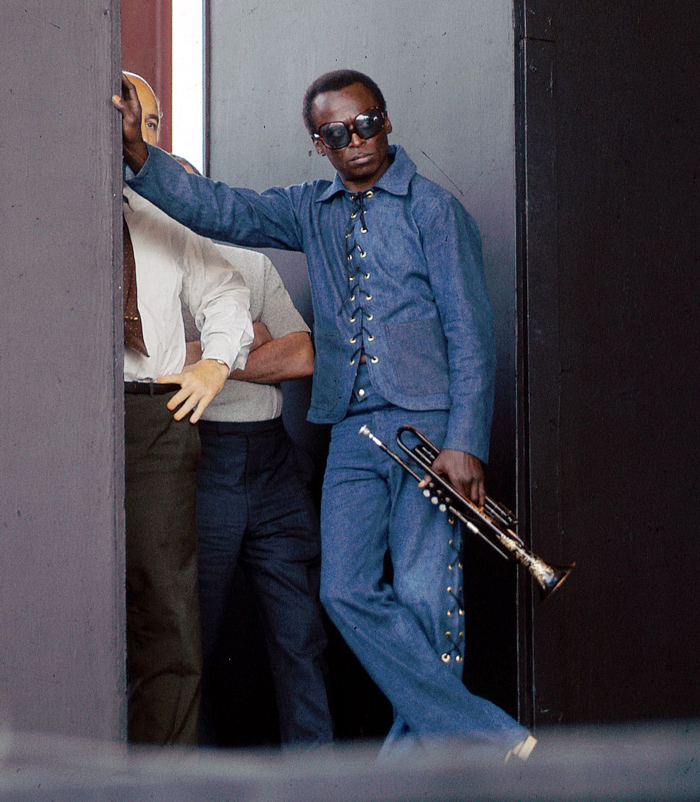 NEWPORT, RI, June 24, 2015 – When a teenage George Wein regularly left his parents’ home in Newton, MA, to sneak down to the Big Apple to catch concerts on legendary 52nd Street, he had no idea that his love for jazz would lead to a life-long music career, including owning Storyville, a world-class jazz club in Boston that was home to every major jazz star, and creating the iconic Newport Jazz Festival.

Wein also built enduring friendships with some of the world’s leading musicians. Among his friends was trumpet player Miles Davis, whom he first met in 1952 when they were both beginning to make names for themselves. Miles brought down the house at Storyville, whenever he performed there; and he received the same rave reaction on the stage at the second annual Newport Jazz Festival in scenic Newport, RI.

On August 1-2 during the Newport Jazz Festival presented by Natixis Global Asset Management, Wein re-imagines Storyville on a new Festival stage located in the former Yachting Museum at Fort Adams State Park. Grammy Award®-winning author and music historian Ashley Kahn will curate two seminars each day on the renowned trumpet player, in celebration of the 60th anniversary of Davis’ first performance at Newport on July 17, 1955.

Highlights of the Miles Davis tribute include an interview with Wein conducted by New York Times critic Nate Chinen; a celebration of Miles and the St. Louis trumpet tradition; and a discussion of Miles’ romance with electric guitars. There will also be a playback of music from the new Columbia/Legacy Recordings box set Miles Davis at Newport 1955-1975: The Bootleg Series Vol.4, with co-producer of the collection – Grammy Award®-winning producer Steve Berkowitz and consultant Nell Mulderry.

Miles Davis at Newport 1955-1975 will be available everywhere on Friday, July 17 – 60 years to the date since Davis’ breakthrough performance at Newport in 1955 – through Columbia/Legacy Recordings, a division of Sony Music Entertainment.

MILES & GEORGE: Wein talks about his long relationship with Miles to Nate Chinen, co-writer of Wein’s autobiography, Myself Among Others: A Life In Music, and also New York Times critic.

MILES & NEWPORT: Every time Miles Davis performed under the banner of the Newport Jazz Festival – between 1955 to 1975 – his groups delivered historic performances, all of which were recorded. MILES DAVIS AT NEWPORT 1955-1975: THE BOOTLEG SERIES VOL. 4 is the title of a new four-CD set featuring a musical overview of Miles’ relationship with Newport Jazz. Tasty excerpts from the collection will be played in addition to discussions with co-producer Steve Berkowitz, packager Nell Mulderry, and moderator Ashley Kahn.

MILES & THE ELECTRIC GUITAR: Miles’ long romance with the sound of the electric guitar began in the mid-1960s when he asked George Benson to sit in on a recording session, and was shoved into high gear when the rock revolution of the late ‘60s hit. He began playing his trumpet through a wah-wah guitar pedal, and his lineups featured stars of jazz guitar as John McLaughlin, Pete Cosey and Reggie Lucas, as well as John Scofield, Robben Ford and Mike Stern. Guitarist and festival performer Mike Stern, Rolling Stone journalist David Fricke, and author and critic Bill Milkowski join moderator Ashley Kahn to discuss and play examples of Miles’ guitar infatuation.

MILES, CLARK TERRY & ST. LOUIS TRUMPETERS: Miles’ first and most enduring hero was trumpeter Clark Terry; both were residents of St. Louis and were products of that city’s long-standing trumpet tradition. Terry passed away in the past year just as the documentary Keep On Keepin’ On was released. Trumpeters and festival performers Jon Faddis and Randy Sandke join moderator Ashley Kahn in celebrating Terry, Miles and other St. Louis trumpet stars with music and video excerpts.

In addition to the celebration of Miles Davis, Storyville will feature piano performances by Helen Sung, Christian Sands and the 11-year old prodigy, Joey Alexander, on Saturday, August 1, and Aaron Diehl, Frank Kimbrough and Giorgi Mikadze on Sunday, August 2.

George Wein’s Storyville opened in 1950 in Boston’s Copley Square Hotel. A nearly 200-seat room frequently filled with dynamic artists and dedicated jazz fans, the club launched with Bob Wilber and went on to present some of the world’s most renowned jazz artists, including Duke Ellington, Dizzy Gillespie, Lester Young, Louis Armstrong, Billie Holiday and Miles Davis. For a decade, the club was the place to be in Boston. As George wrote in his book about the original club, the new stage, Storyville, at the Newport Jazz Festival won’t have a “bad seat in the house;” and when you leave to go to another stage, the producer hopes you will share his feeling when Satchmo first played Storyville: “Life was very, very beautiful right there and then.”

For more information on the Newport Jazz Festival presented by Natixis Global Asset Management, go to www.newportjazzfest.org or www.newportfestivalsfoundation.org.