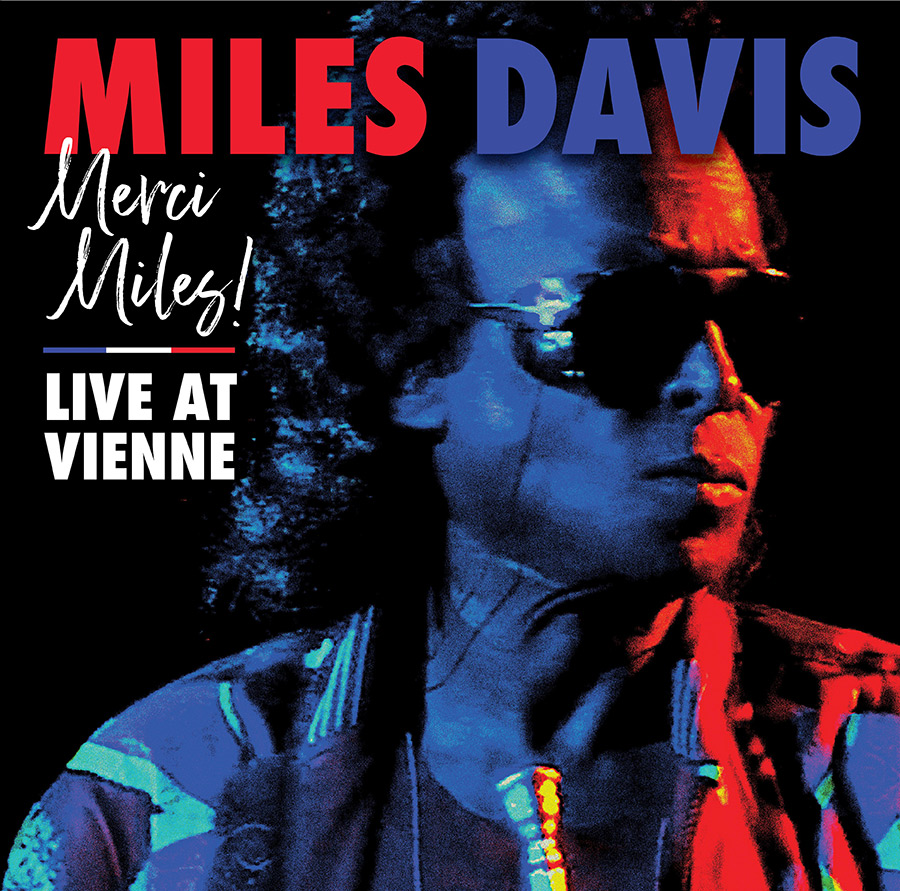 2-CD, 2-LP, And Digital Versions Available On June 25 From Rhino

Miles Davis performed with the Miles Davis Group on July 1, 1991, at the Jazz à Vienne festival in France. Sadly, it was one of his last concerts before passing away on September 28 of that year. This previously unreleased concert will make its debut this summer during Rhino Records’ upcoming Black Music Month celebration.

Davis’ electrifying performance at Jazz à Vienne includes two songs – “Penetration” and “Jailbait” – that were written by Prince, with whom he had a mutual admiration and friendship. MERCI MILES! LIVE AT VIENNE will be released on June 25 as a two-CD set ($24.98) and as a double LP ($31.98). The music will also be available on all digital download and streaming services and is available for pre-order today. The collection features liner notes by music historian, journalist, and producer Ashley Kahn, along with art designed by Bruno Tilley. For a limited time, an exclusive fold-out poster and postcard will be available with purchase via Rhino.com and MilesDavis.com.

By 1991, the world’s most celebrated trumpeter could look back on five decades of musical evolution – his own and that of the world around him. Davis had found ways to marry jazz with classical ideas, then later R&B, rock, and funk, to produce hybrid offspring that shaped the course of popular music and had come to define his legend. In 1985, he’d left Columbia after 30 years to sign to Warner Bros. Records (now Warner Records), a label riding high with best-selling artists like Madonna, Van Halen, and Prince.

Miles Davis’s lifelong love for France is well-documented, and in July 1991, he became a Knight of its Legion of Honour. Davis accepted the award from French culture minister Jack Lang, who described him as: “The Picasso of Jazz.” A few days before, he played the exhilarating concert captured on MERCI MILES! at Jazz à Vienne with the Miles Davis Group. He passed away soon after, in September.

Recognizing the cultural impact of Black Music on over a century of artistry throughout popular culture, Rhino Records will build on the successful Black History Month releases from earlier this year that included artists such as Donny Hathaway, Aretha Franklin, Curtis Mayfield, Nina Simone, Chaka Khan, and Ray Charles.

These influential black artists paved the musical highways for generations to come – leading cultural, social, and political revolutions that still ring true in 2021. In June, Rhino Records will celebrate the legends – including Davis – that touched our hearts and soul while paving the way for the music of today.