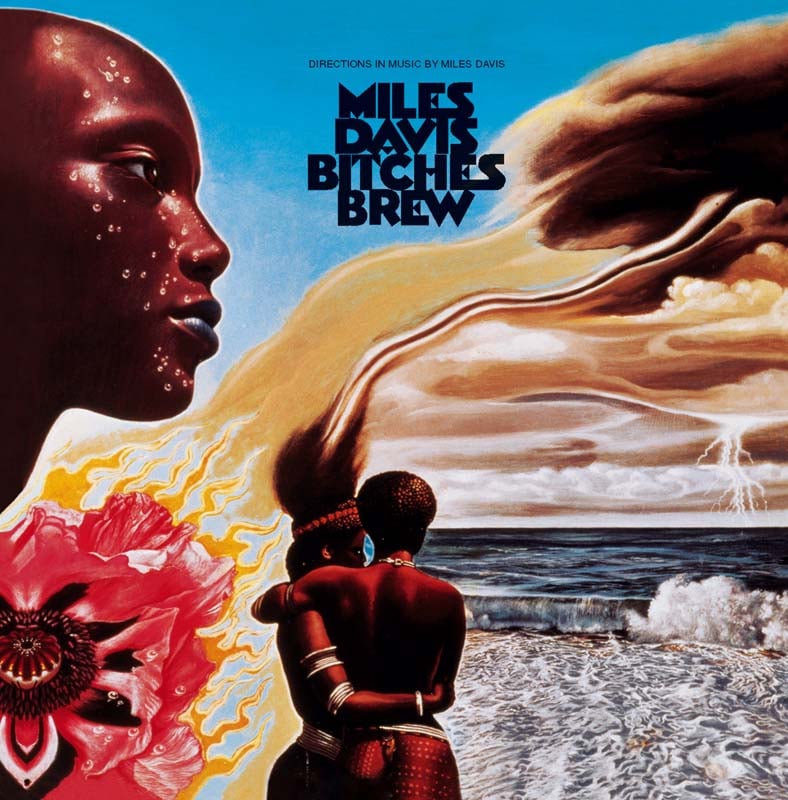 MILES DAVIS: BIRTH OF THE COOL Documentary Now Streaming On Netflix and PBS Passport
Blu-ray and DVD Scheduled For Release On April 10, Available For Pre-Order Now

Recorded at the end of a tumultuous decade (August 1969), Bitches Brew reflected the chaos and beauty of a society stretched (and stressed) to its breaking point. The original double LP’s six tracks, as formulated in the studio by Miles and his long-time producer Teo Macero, presented a seismic breakthrough in jazz, rock, funk and R&B. Ranked as one of Rolling Stone‘s 500 Greatest Albums of All Time, Bitches Brew single-handedly brought jazz into the commercial rock era, became Miles’ first RIAA gold album and ushered in a new approach to jazz and rock known today as fusion.

To mark the anniversary find below a special clip from Stanley Nelson’s Grammy-nominated film Miles Davis: Birth of the Cool. See below a reflection from Nelson on Miles, the anniversary and the documentary:

“During this difficult and uncertain time, I like so many others have found solace in music and film. My heart has felt so full in recent days since many folks have reached out after finding their own comfort from streaming my film Miles Davis: Birth of the Cool. We can learn so much from Miles, but what we should all be thinking about in this current moment is his immense ability to constantly expand his mind and creative capacity during tough times in his own life. No album better exemplifies that than his career-resetting, psychedelic opus Bitches Brew — and on its 50th anniversary I know what I’ll be jamming out at home to.”

– Stanley Nelson, Director and Producer of Miles Davis: Birth of the Cool

For fans that missed the recent broadcast of MILES DAVIS: BIRTH OF THE COOL, there are a number of ways that fans can experience it at home. The documentary is currently streaming on Netflix (ex-UK), PBS Passport (US only) and BBC iPlayer (UK only). It will be available on Blu-ray and DVD on April 10 and can be pre-ordered now.

In further celebration of the Bitches Brew anniversary, a small amount of the 1998 box set The Complete Bitches Brew Sessions have just been made available on the Miles Davis webstore along with exclusive new Bitches Brew-themed merchandise and a new reissue of the original 2LP gatefold vinyl. The Complete Bitches Brew Sessions is a much sought after “metal spine” release that came out as part of the celebrated The Miles Davis Series and won the Grammy Award for Best Boxed Recording Package. The set includes not only the complete recordings from the Bitches Brew sessions in August 1969 but also the incredible sessions that followed into February 1970.

Additionally, fans looking to lose themselves in enlightened distraction on YouTube can now view a Bitches Brew-era full live performance of Miles’ “lost quintet” performing in Copenhagen soon after the recording of the album. Joined by a dream team of Wayne Shorter, Chick Corea, Dave Holland and Jack DeJohnette, the performance took place in November 1969 from the Tivoli Koncertsal in Copenhagen, Denmark, and is ready for binging on digital streaming partners now.

Joining the celebration, Consequence of Sound this month has turned the focus of The Opus, its podcast series on seminal albums, to Bitches Brew. The second of three episodes devoted to the album has just launched. To get more info and to hear:

Finally for fans who have seen and loved the Stanley Nelson documentary can experience it again via the soundtrack, Miles Davis – Music From and Inspired by “Miles Davis: Birth of the Cool,” a Film by Stanley Nelson. The Miles Davis Estate worked closely with director Staley Nelson to create an amazing career-spanning soundtrack of music featured in the documentary, paired with soundbites of those interviewed, including Wayne Shorter, Gil Evans, Herbie Hancock, Carlos Santana and more for an amazing way to relive the documentary. Featuring tracks from every era of Miles’ career, the soundtrack also includes a brand new song “Hail To The Real Chief” which combines unreleased Miles Davis studio trumpet performances combined with music written by Lenny White, produced by White and Vince Wilburn, Jr. and featuring an all-star collection of Miles band alumni combined with young artists influenced by Davis including White, Wilburn, Marcus Miller, Emilio Modeste, Jeremy Pelt, Antoine Roney, John Scofield, Bernard Wright, and Quinton Zoto.