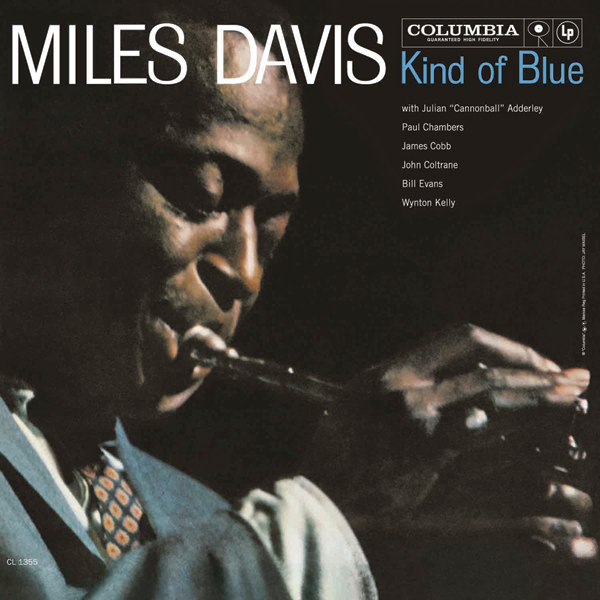 Legacy Recordings, the catalog division of Sony Music Entertainment, is rolling out an incredible line-up of collectible 12″ and 7″ vinyl releases created especially for Record Store Day’s Back to Black Friday 2013, celebrated this year at the nation’s independent record stores on Friday, November 29, 2013.

For RSD Back To Black Friday 2013, Legacy is offering a range of historic and classic releases catering to connoisseurs of timeless sounds, from rare Bob Dylan Side Tracks to the roots of contemporary hip-hop, from punk rock to cool jazz, from 12″ box sets to 7″ vinyl singles to CD replicas of LPs in the Clash catalog.

Legacy Recordings Back To Black Friday 2013 releases include:

Bob Dylan – Side Tracks – 3 x 12″ 200 gram LPs – numbered limited edition
An independent record store vinyl exclusive, Side Tracks (first made available as two CDs in the monumental Bob Dylan Complete Album Collection Vol. One, released November 5, 2013) is a career-spanning collection of official Bob Dylan recordings–including previously released non-album singles, tracks from Biograph and other compilations, songs from films and more–that have never appeared on one of the artist’s formal albums.

Harry Nilsson – Rarities Collection – 12″ 180 gram LP – numbered limited edition
An independent record store vinyl exclusive, these 12 rare Nilsson tracks have been especially selected for this release from The RCA Album Collection, a career-spanning 17 CD collection, and include demos, outtakes and other rarities.

Roy Orbison – The Monument Vinyl Box – 4 x 12″ 180 gram LPs
An independent record store vinyl exclusive, The Monument Vinyl Box brings together the first three landmark albums–Lonely and Blue (1961), Crying (1962) and In Dreams (1963)–from Orbison’s groundbreaking tenure at Monument Records. These records are now joined by a newly-curated fourth LP, Oh! Pretty Woman – the “missing” Monument album masterpiece that could have, and should have been released as its title song, “Oh, Pretty Woman” was topping the charts in 1964.

Uncle Tupelo – “I Wanna Be Your Dog” b/w “Commotion” – 7″ vinyl single – Numbered Limited Edition
An independent record store vinyl exclusive, this vinyl 7″ includes “I Wanna Be Your Dog,” a cover of the Stooges punk standard and outtake from No Depression, on the A Side with a B Side premiering a previously unreleased studio outtake showcasing Uncle Tupelo rocking Credence Clearwater Revival’s “Commotion” in a preview of the forthcoming Legacy Edition of No Depression.

Nas – “Halftime” – 12″ Vinyl reproduction of 1992 original
Originally recorded for the Zebrahead soundtrack by an emerging American MC calling himself “Nasty Nas,” this explosive debut, in the words of Vibe magazine, “created a niche that only Illmatic could fill.” The single also launched the career of one of the most durable, provocative and poetic rappers in hip-hop history. This facsimile reproduction of the original 12″ vinyl includes the full “Halftime” A-side (1. radio edit, 2. LP version. 3. LP version instrumental) and B-side (1. Butcher Remix 2. Butcher Mix instrumental). The Nas “Halftime” release provides a fitting overture for the upcoming 20th Anniversary of Illmatic in 2014 (#ILLMATIC20 /Coming 2014).

Miles Davis – Kind of Blue – 12″ 180 gram LP – MONO – Numbered Edition
The top-selling jazz album of all time, the modality of Kind of Blue found its way into classical, rock, and pop becoming one of the most influential cultural touchstones of the last half of the 20th century and one of the most transcendent pieces of music ever recorded. Davis played trumpet sublime with his ensemble sextet featuring pianist Bill Evans, drummer Jimmy Cobb, bassist Paul Chambers, and saxophonists John Coltrane and Julian “Cannonball” Adderley with Wyton Kelly playing piano on “Freddy the Freeloader.”

Miles Davis – Miles & Monk at Newport – 12″ 180 gram LP – MONO – Numbered Edition
Classic live recordings from jazz masters Miles Davis and Thelonious Monk on one LP. Side One is high energy bebop from the Miles Davis Sextet in 1958 and Side Two includes two full numbers from the Thelonious Monk Quartet with Pee Wee Russell from 1963.

Miles Davis – Jazz Track – 12″ 180 gram LP – MONO – Numbered Edition
A reissue of two underrated Miles Davis sessions on one mono LP; Side One is the Miles Davis Quintet’s soundtrack for the French film L’Ascenseuer Pour l’Echafaud while highlights from the Miles Davis Sextet’s session on May 26, 1958 (Davis’ 32nd birthday).

For RSD Back To Black Friday 2013, Legacy Recordings is also releasing–as CDs in LP replica sleeves–the essential five studio albums that form the core catalog of The Clash. These editions were newly remastered by Clash guitarist Mick Jones and were included in the monumental Clash box set, Sound System, released September 2013.

Now in its sixth year, Record Store Day is an annual day-long celebration of record store culture taking place on the third Saturday in April. This past January, RSD announced the appointment of Jack White to the post of Record Store Day 2013 Ambassador.