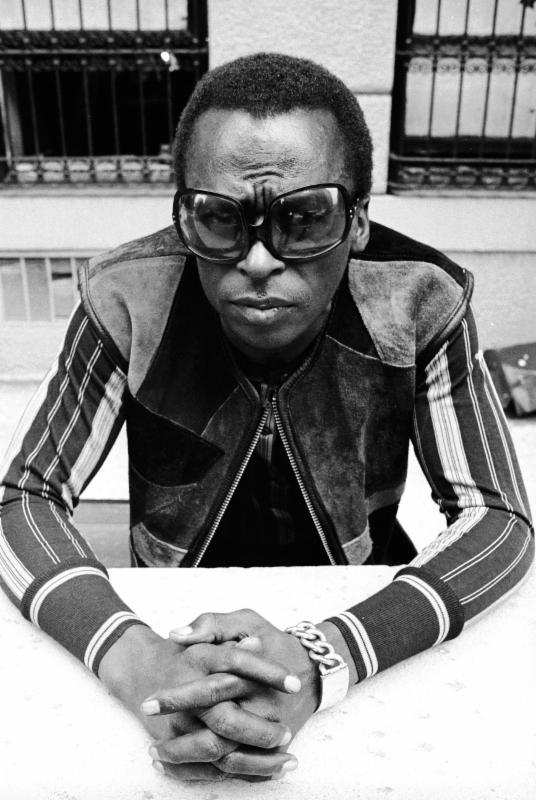 (Hollywood, CA) — DASH Radio, a streaming broadcast radio platform for iOS and Android, is excited to announce new show “Evolution Of The Groove,” in partnership with Miles Davis Estate and hosted by Erin Davis (son of Miles Davis) and Vince Wilburn, Jr. (nephew of Miles Davis). In the spirit of Miles, the free-form, progressive platform will cover a multitude of genres and topics, designed to keep the cultural conversation moving forward. The show also pays homage to Miles Davis, widely noted as one of the most innovative musicians of all time, who changed the course of music five times. The continuous popularity of Davis remains as expansive as his music.

“Evolution Of The Groove” welcomes legendary bassist Verdine White of Earth, Wind & Fire on December 4. The iconic, internationally renowned group, who is a Rock & Roll Hall Of Fame and Hollywood Walk Of Fame inductee, has won 8 GRAMMY’s and four American Music Awards, in addition to numerous other accolades. Earth, Wind & Fire has sold more than 100 million albums worldwide, with numerous gold and double-platinum albums.

The show is hosted by Miles’ son, Erin Davis, and nephew Vince Wilburn Jr, both of whom have toured, recorded and produced Miles. GRAMMY winning engineer Dave Hampton will serve as production coordinator for the show. Yenitza Munoz from DASH Radio serves as producer.

The first show ran November 27th with GRAMMY nominated jazz trumpeter Christian Scott, who is also a member of the Miles Electric Band.

Evolution Of The Groove will air regularly on DASH1 station, Fridays from 5 p.m. – 6 p.m. PST, 8 p.m. EST and 7 p.m. CT. The show re-airs Friday night at 9pm PT on Dash Radio’s “Cool” jazz station and additionally re-airs on “Cool” every Saturday at noon and 7pm PT, and on Sundays at 9am and 4pm PT.

Erin Davis is a Los Angeles-based musician/producer/composer who heads Davis Artists Group and runs Miles Davis Properties, LLC along with his sister (Cheryl Davis) and his cousin (Vince Wilburn, Jr.). Davis was a drummer for EMI Records recording group Bloodline, an all-star rock group featuring the offspring of famous musicians. He has also toured and recorded with Miles and is a producer on the forthcoming film “Miles Ahead,” starring Don Cheadle and Ewan McGregor. Davis is the co-host and lead curator of Miles Davis House at SXSW, featuring the widest cross-genre of visionary buzz bands hitting Austin.

Wilburn, Jr. is a highly accomplished drummer and producer, who has both toured and recorded with Miles on many legendary recordings from 1984 through 1987, including: The GRAMMY-Award winning album “AURA” — which he co-produced; “Decoy” – which he also co-produced; “You’re Under Arrest“, and the 2008 GRAMMY nominated “Miles From India” – which hit #8 on the Billboard jazz charts. Wilburn, Jr. also toured internationally with the All-Star “Miles From India” ensemble to sell-out crowds. He currently performs with Miles Electric Band. He is a producer on the forthcoming film “Miles Ahead”.

Both Davis and Wilburn, Jr. are key participants on industry panels including GRAMMY Museum, GRAMMY Career Day, SXSW, SF MusicTech Summit and CMJ, in addition to partnering with Apple for their “Meet The Musicians” series at Apple SoHo.