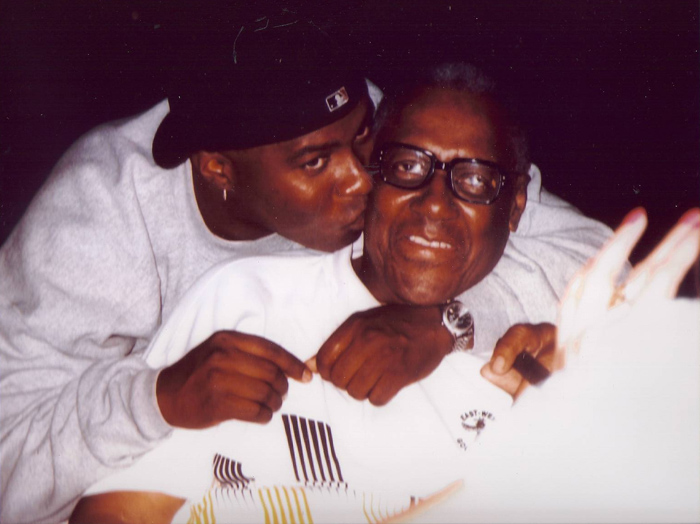 (Phoenix, AZ) – Captain Retired Vincent Wilburn, Sr., a much-heralded military veteran who began service to this country as a Buffalo Soldier in the 9th (Horse) Calvary just before WWII, and was the original and only 2nd Platoon Leader of the 2nd Ranger Company, the first and only Black Ranger Organization, died May 7 in Phoenix, AZ. He was 88.

Wilburn, Sr., who led the Platoon of the 2nd Ranger Company on a combat jump into Musan-ni, Korea on March 22, 1951 was a valued Life Member of the Samuel W. Robinson Chapter of the 555th Parachute Infantry Association (better known as Triple Nickle) since 1980. “He was a real honest to goodness hero,” says Joseph Murchison, National President of the Association, noting that he was “Life Member #78 of our 400+ Life Membership.”

Wilburn, Sr. rose to the rank of company Clerk Troop B, 9th Cavalry, at Fort Clark, TX. He went to the North African Theater when the unit was converted to the 127th QM Truck battalion (Mobile) and was promoted to Sergeant Major. His unit hauled supplies from Naples, Italy for the 5th Army. His unit later left Naples and sailed to Okinawa’s Yellow Beach-3.

After his military career, he launched a successful career in the Chicago municipal government.

A native of Springfield, Missouri, Vincent Wilburn, Sr. was born November 30, 1922. He was the 4th child of seven children born to Clarence and Vida Wilburn. He married Dorothy Mae Davis, the sister of late jazz icon Miles Davis, on September 7, 1947 and was married for forty nine years prior to her death. They had one son, Vince, Jr., affectionately called “Buffalo” by his father in remembrance of his distinguished military career. After his beloved wife Dorothy passed away in 1996, Wilburn, Sr. relocated to Arizona to be closer to his family and to enjoy his favorite past time playing golf.

Vince Sr., is preceded in death by all of his siblings including Edward, Lloyd, Milton, Leatrice, Herbert, and Homer.

He lived a deep, respectful and fulfilling life and will be fondly remembered as a loyal patriot, a loving husband, father, brother, uncle and friend. Wilburn, Sr. was called “Uncle V” to close family including Cheryl Davis, daughter of Miles Davis and Erin Davis, son of Miles, along with nieces Dr. Laverne White, SVP of Edison Learning and Dr. Karen Hardin, Counseling Department Chair at Mesa College, and by his many great grand nieces and nephews. He was also called “Uncle V” by the many children in the community whose lives he touched. He was charismatic, loving and kind.

Funeral services will be held at St. Marks United Methodist Church in Chicago on May 13 with Visitation at 10 a.m. and Services at 11 a.m.